Some Church History testimonies are worth the reading. I think this is one.

Bob Childress Headed for the Hills 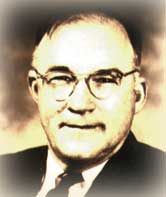 Tension at the funeral was so thick you could cut it with a knife. Two seventeen-year-olds near Buffalo Mountain, Virginia, had been courting the same young widow. In a drinking bout, one stabbed the other to death. It was “normal” under such circumstances for more killings to break out. No one sat easy.

The pastor sensed the fear, too. Bluntly he said, “You are ignorant, silly fools who needed the grace of God to civilize you.” The room grew perfectly quiet. All eyes fastened on him as he continued, “Sin is the cause of all this. It’s sin.”

Bob could talk as he did because he had grown up among these people. His earliest memory was from the Christmas he was three years old. He got drunk and woke up with a hangover the next morning. The grownups told him it was fine to be drunk; they thought being drunk made life bearable.

When Bob was six, Quakers started a school nearby. Bob’s older brother encouraged all the children in the family to attend. Bob’s parents were against it, but school won. Bob loved it and walked five miles each day to attend. When he was fourteen, the teacher married and left. The school closed. Bob joined other wild boys, drinking, playing poker, and throwing rocks at houses and churches. Killings were common. With his first $5 bill, he bought a .32 caliber revolver.

Bob couldn’t figure out the constant fighting and killing. His jaw was broken; He was shot in the leg once and in the shoulder another time. “Time and again I saw men kill each other, men without hate in their system, but drunk and with guns and knives always handy….The year I was twenty I was hardly ever sober, not even in the morning. I was miserable and sick to my soul….” Bob reached the point he hoped someone would kill him. He almost shot himself.

One Sunday, after playing cards and drinking, Bob found himself drawn into a Methodist church. Revival services were going on. He attended church that entire week, and for the first time “felt a power stronger than the power of liquor and rocks and guns.”

God showed Bob that only Christ could change Buffalo Mountain. In spite of humiliation and poverty (his suit didn’t cover his wrists or ankles, and his twang drew laughs), he left home to get the training he needed. Bob longed for a ministry with the mountain people. Instead, he was offered a church with a new car and big bucks. The night before he had to give an answer, the Montgomery Presbytery told Bob, “We’ve got a [mission] field in the mountains where they’re shooting each other, they’re ignorant, they don’t have a chance, they have no schools or Sunday schools. There’s enough work to kill you, but we’ll furnish you a living while you’re at it.” On this day, June 3, 1926, Bob and his family were packed in the car, headed for Buffalo Mountain.

For the next thirty years Bob poured himself out for the mountain people, establishing churches and schools. He visited five or more families a day. For years he had the only car on the mountain, and he took people to the doctor and the hospital. On Sundays he traveled a circuit of 100 miles on the mountain, preaching four or five sermons. In winter, when his car couldn’t make it through the snow, he went to church on a mule or by horse and buggy. Under his ministry the mountain became more civilized and the killings less frequent. Christ changed the hearts of many people at Buffalo Mountain.

Follow His eye is on the sparrow on WordPress.com

~Archives~Move Pointer Over the Invisible

May the LORD bless all who visit here.

The Lord bless you and keep you;

the Lord make His face shine upon you
and be gracious to you;

the Lord turn His face toward you
and give you peace.

The Blog of J. Caleb Jones: A running feed of culture, politics, law, theology, philosophy, humor and how they all relate.

My Bible & My Life Experience

On Paper, Canvas, and iPad

Learning through all of life's up and downs, with God as my companion.

Personal Ramblings of An Aging Mind

One man with one son, married one woman with two daughters, and created a Blended Family. .......... “…God who brings the dead back to life, and who creates new things out of nothing.“ Romans 4:17b

Making connections between the Word and the world

Positive thoughts from a Christian perspective.

Looking to Jesus, the founder and perfecter of our faith, who for the joy that was set before him endured the cross, despising the shame, and is seated at the right hand of the throne of God.

Joyful Sharon following Jesus One Step at a time with Faith, Hope, and Love

Encouragement and Walking daily with Jesus